Hello, friends! Long time no post, but life has been pulling me in all directions these days. This summer, it pulled me towards Bangalore, India for 6 weeks. Luckily, I love Indian food, and I ate a lot of it.

Kamat Lokaruchi is a cute, traditional Southern Indian road-side restaurant along the way from Bangalore to Mysore. 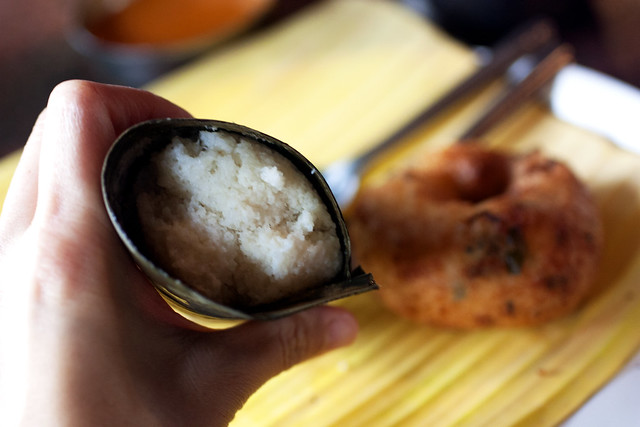 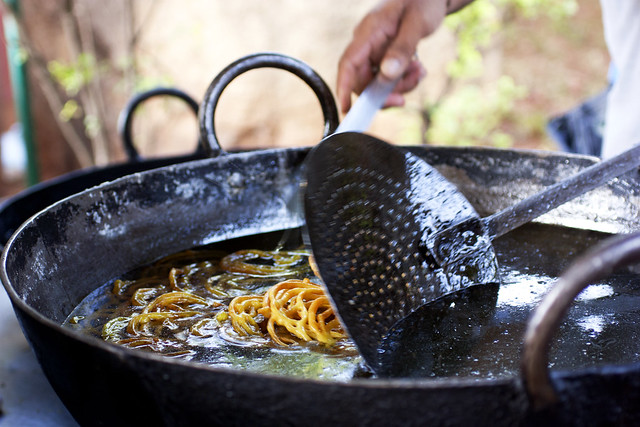 Speaking of fried, Kamat is known for fresh ghee jalebi. Yes, another favorite of mine. 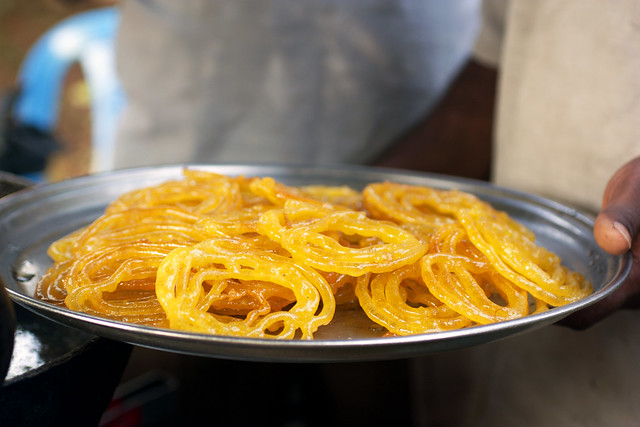 The ones here were the best I had in India. Crunchy, fresh, and with a bit of tang. 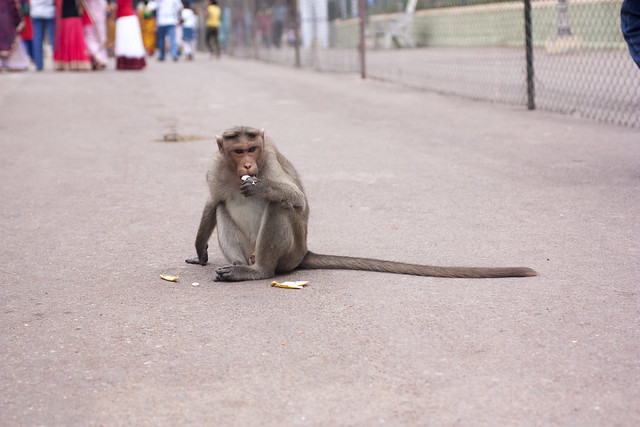 At night, after some sightseeing in Mysore (Mysore Palace was impressive, but I loved people and monkey watching by Chamundeshwari Temple), it was back to Kamat for dinner.

Dinner started with a banner leaf which my driver told me to wash with the drinking water we were served. Then it was an onslaught of food. The yummiest was a simple, flakey flatbread called holige or poli, depending on who you speak to, drizzled with ghee table-side. This one was filled with slightly sweetened smashed dal, but while in India, I had a cocunut variation as well. I’m all about the dal-filled. If anyone knows where I can find this in New York, please let me know. I promise to love you forever. 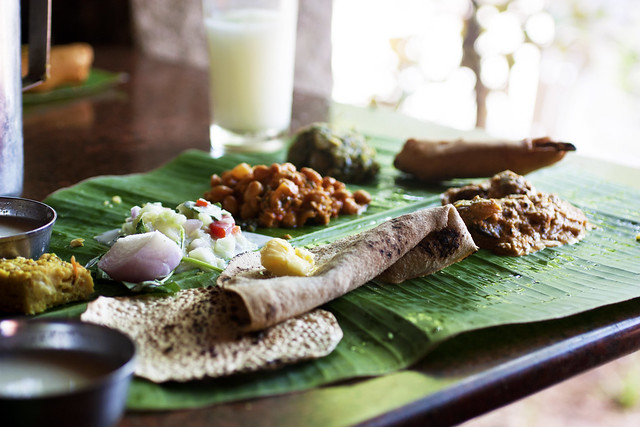 After the sweet poli, it was a traditional Southern thali with lots of chapathi, assorted sambars, curries, chutneys, and fried things. 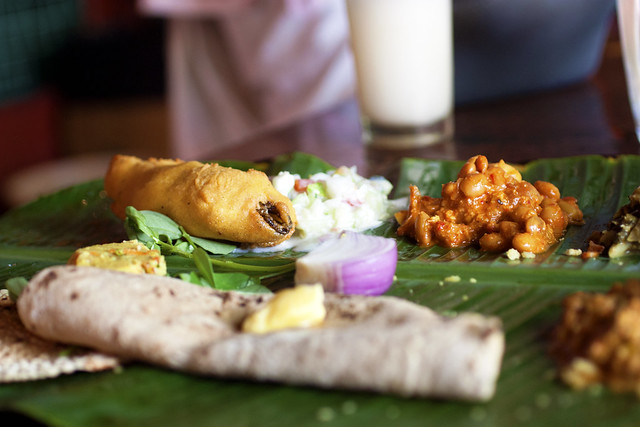 Everything was tasty, and I think my banana leaf got refreshed at least twice if not more. It’s all you can eat! 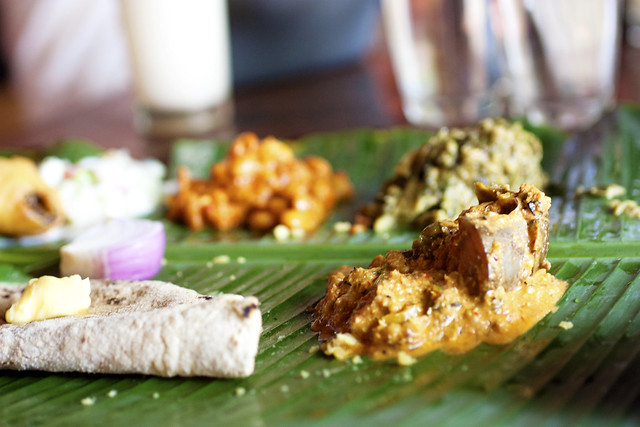 But even if it wasn’t, Kamat won’t break the bank. Everything I ate that day was less than $5 total. As you might have imagined, food is very affordable in India as long as you leave your hotel. Do it. Get out, and eat. Deliciousness like poli and jalebi await.