There’s lots of love for A-Wah here on this blog, but did you know there’s a A-Wah II? A few months ago, A-Wah II opened in the old Yummy Noodles location on Bowery, and unlike the original A-Wah, it’s bright and spacious with lots of seating. But most importantly, is it as delicious?

On a recent outing, my usual, Spare Rib with Black Bean Casserole ($7.50; pictured at top), came topped with lots of tender meat… 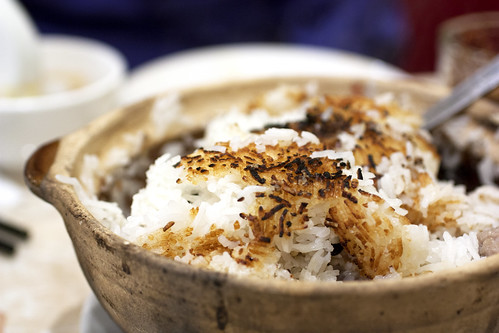 and underneath there was a treasure trove of golden crusty rice, albeit slightly burnt. 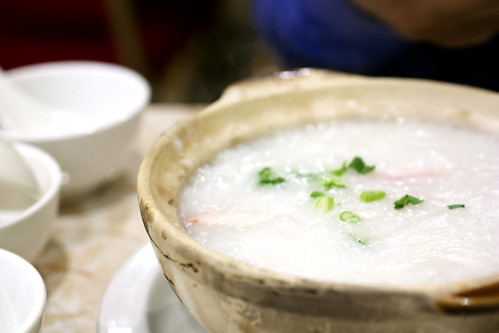 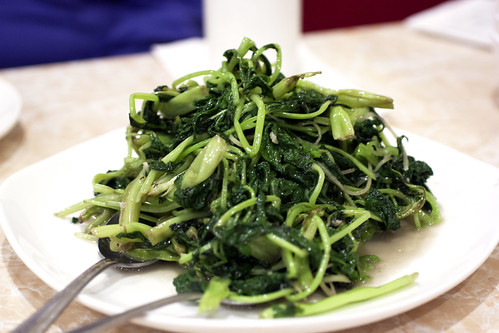 As for my vegetal needs, Water Spinach with Bean Sauce ($11.95) was redolent in funky bean sauce and still had a good crunch. A little salt however would have picked it up a bit. 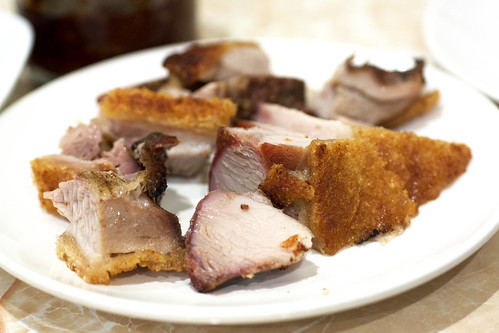 Unfortunately, the only dish I wasn’t a fan of was the Roast Pig Noodle Soup ($4.95). With a crisp, bubbly top layer of pork skin, the pork wasn’t the issue. 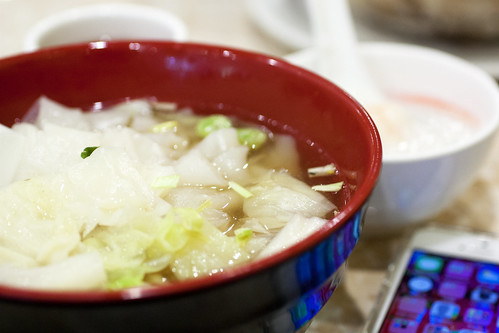 It was the noodle soup that had no body, and worse, came with a tiny gnat-like insect floating at the top. It was harmless enough to just pick out, but when I told the waitress, she argued with me it wasn’t, and then to my horror, proceeded to smush it on my plate with her finger. I was skeeved, but after I made her take away the plate, I ate my noodle soup anyway. I surprise myself sometimes.

Aside from the bug-squishing, I’d say A-Wah II is still a solid choice for clay pot rice. However, if more than solid is what you desire, I’d head to the original A-Wah or Noodle Village. Newer isn’t always better.