I love dosas, but never did I think I would ever eat this many. Obvi, dosas, the staple dish of South India, was everywhere in Bangalore. 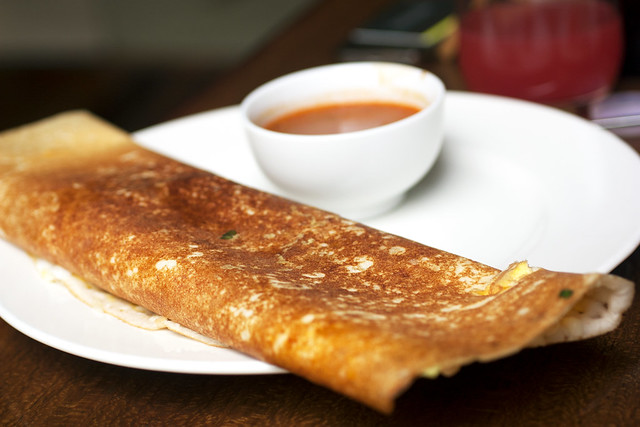 My hotel, the Marriot Whitefield, in addition to an omelet station, had a dosa station at breakfast. The dosas were decent enough, but… 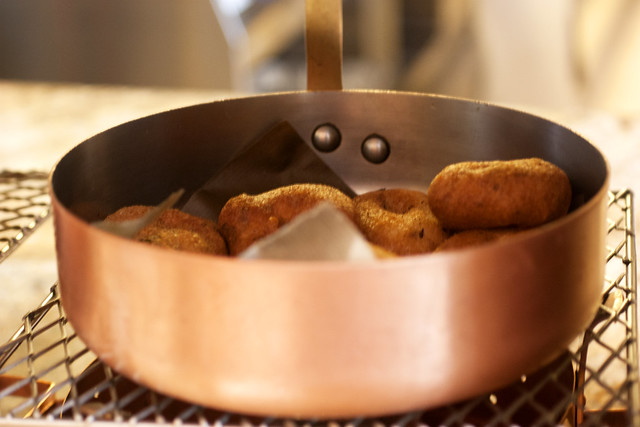 most mornings I made a beeline for the medu vada with sambar and coconut chutney. While not fried to order, these doughnuts were always crisp and tender at the center. And the thick coconut chutney was some of the best I had in India. 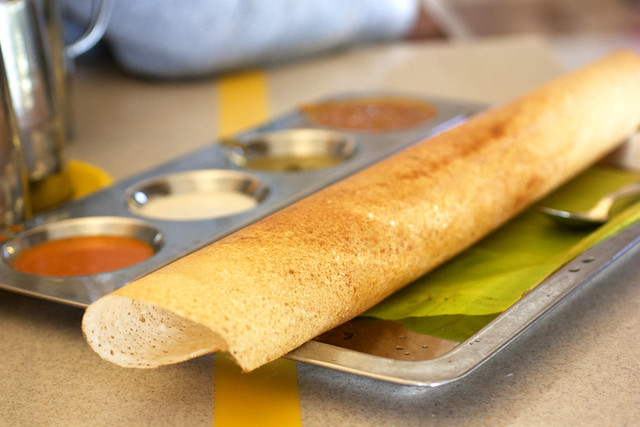 A2B Veg, a popular roadside stop, has solid dosas as well. I had a paper dosa on my visit, and while not crazy crisp, it was served quick and hot in no time. 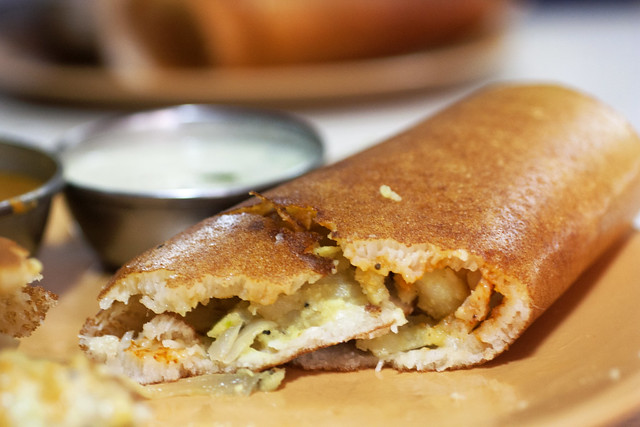 My second favorite dosa in Bangalore, however, was at New Shanthi Sagar. I ordered a cheese dosa, and it was filled with just enough melty white cheese and pototoes… 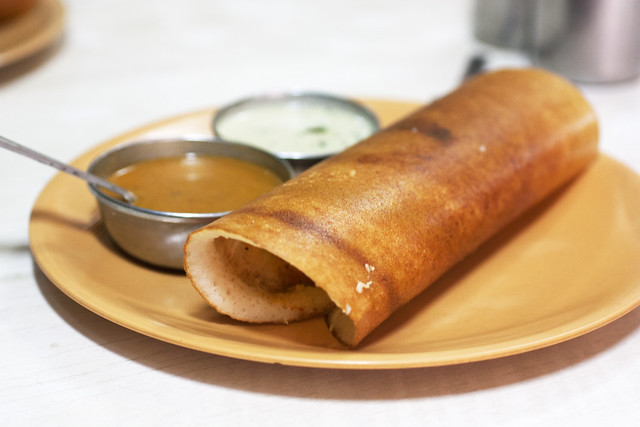 but the best part was the thick crunchy shell. Before India, I was all about paper dosas with their light, delicate crispiness, but now, I’m all about monster crunch of regular masala dosas.

More on that in the next post. More dosas to come!