Recently, I attended a Tastemakers dinner at Pok Pok NY sponsored by Pepcid and Eater, and hosted by Ted Allen from Chopped. (Whoa, that’s a lot of links.) Why Pepcid and Thai food, I still don’t get (Thai food doesn’t gives me heartburn), but I did appreciate an invite to Pok Pok NY which I’ve never been to because it’s notoriously known to take forever to get a table (no reservations, you just have to wait). 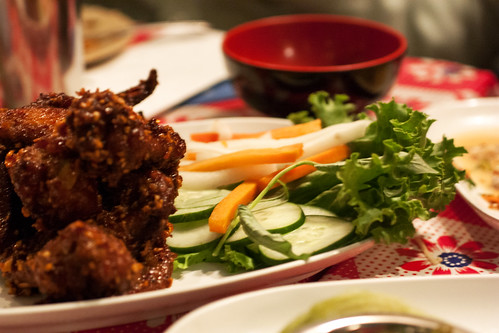 Everyone’s favorite, however, including mine, was Ike’s Vietnamese Fish Sauce Wings. Grace, another blogger I had the pleasure of meeting at the dinner, even asked for seconds for the table, but sadly another round never appeared. I’d tried the wings before at Pok Pok’s small outpost on the LES (formerly Pok Pok Wing but now Pok Pok Phat Thai), and they were just as good as I remembered; salty, spicy, garlicky, and sticky with a good crunch. Some might find the wings a little too salty, but I like salt when it’s not the predominant flavor. Also, they pair exceptionally well with Pok Pok’s drinking vinegars.

Have you ever had drinking vinegars? They’re all the rage now, and I’m unashamedly on the bandwagon also. In drinks, they add an interesting bitter acidic note as opposed to a sour one from citrus fruits. At Pok Pok Wing, they used to serve drinking vinegars in homemade sodas which I was huge fan of. At Pok Pok NY, they do it better by mixing it into cocktails. At the event, there was an Apple Gin Rickey, with Tanqueray No. Ten, Pok Pok Som Vinegar, soda, lemon, and a cherry that was brilliantly refreshing. I had two. Also, speaking of alcohol, do you know some people take Pepcid before drinking so they don’t turn red? (Note from my friends at Pecid: Please use PEPCID® products only as directed. For information of proper usage, please go to PEPCID.com.) I don’t have a redness issue when I drink, but I know it works because my ex who couldn’t drink would take it all the time. (FYI, if you’ve noticed mentions of David were absent in my blog as of late, it’s because he’s now an ex. No need to freak out, let’s move on.) 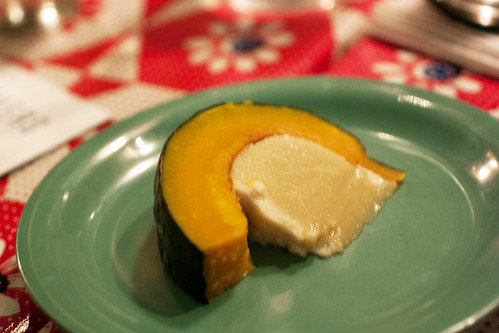 Sankhaya Fak Thong, kabocha with coconut-palm sugar custard was also very tasty, although Yvo, my tablemate who has a coconut allergy, was served an amazing condensed milk ice cream, which I wish had been dolloped on top of my dessert as well. Greedy, yes, but I’m sure it would have been magnificent. 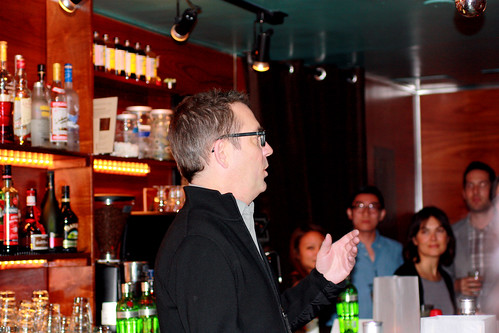 From Manhattan, Pok Pok NY is definitely a trek, but for the wings and vinegar cocktails, I’d say it’s worth the trip. (And I assure you, you won’t need Pepcid after, although maybe before to prevent redness. Don’t miss out on the vinegar cocktails!) Just make sure to get there early to beat the lines, and make sure you have the right address. They recently moved around the block. Don’t get it twisted.